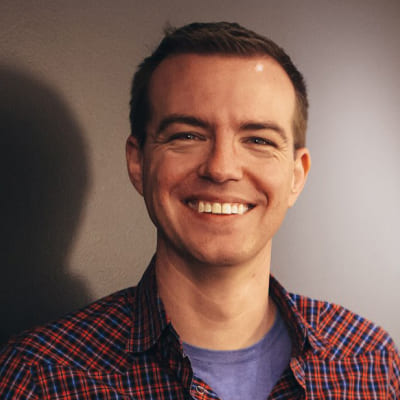 Shawn Kelly is a co-founder of Animation Mentor and an Animation Supervisor at Industrial Light & Magic (ILM), where he has worked since 1996 on such films as the Star Wars prequels, War of the Worlds, Pacific Rim, and Jurassic World. Shawn was a lead animator on the first five Transformers films, Noah, Rango, and Avengers: Endgame.

Shawn received the 2007 award for the ‘Best Single Visual Effect of the Year’ by the Visual Effects Society (VES), an organization dedicated to advancing the arts, sciences, and the application of visual effects. His winning effect was for the desert highway sequence of Transformers, in which Bonecrusher skates through traffic, destroys a bus, and fights Optimus Prime.

Shawn currently lives in California, where he reads a lot, watches a lot, writes a lot, and sleeps, um, not a lot, but he’s working on that, he swears.

• Charla The Amazing Journey as an Animator